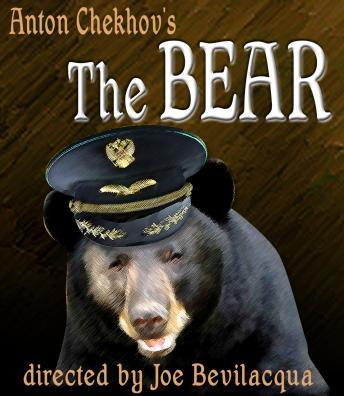 The Bear: A Classic One-Act Play

Download or Stream instantly more than 55,000 audiobooks.
Listen to "The Bear: A Classic One-Act Play" on your iOS and Android device.

The Bear, the classic one-act play by Anton Chekhov, produced, directed and adapted by Joe Bevilacqua.

Written in 1900, The Bear is one of the great works of Anton Chekhov, about the strange beginnings of love between the recently widowed Mrs. Popov and Grigory Stepanovich Smirnov. The title ""The Bear"" comes in Russian the word for ""bear"" which has two meanings: an animal or a rather rude, clumsy, awkward man. The play is alternately titled ""The Boor"". The fine cast includes Cathi Tully, Bob Miller, and William Duff-Griffin.