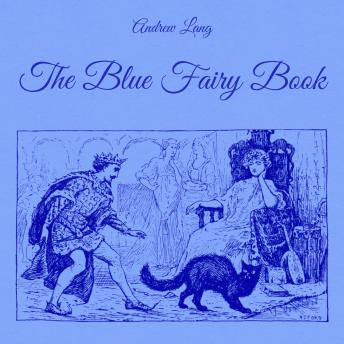 Download or Stream instantly more than 55,000 audiobooks.
Listen to "The Blue Fairy Book" on your iOS and Android device.

The poet, novelist and literary critic Andrew Lang (1844–1912) wrote, edited, collected, or contributed to more than 150 works, of which the most notable are his Fairy Books, a series of 25 collections of stories for children published between 1889 and 1913. Lang created the enchanting world of fairyland inhabited by the snow-queen, the mermaid's son, giants, ogres, dwarfs, monsters and magicians. ‘The Blue Fairy Book’ (1889) is the first volume in the series and contains some of the most familiar tales from sources like The Arabian Nights, Grimm, Charles Perrault, Madame D'Aulnoy, Norwegian folklore and more. Tales featured in ‘The Blue Fairy book’ include Aladdin, Beauty and the Beast, Blue Beard, The Bronze Ring, Cinderella, East of the Sun, West of the Moon, The Forty Thieves, Hansel and Gretel, Puss in Boots, Trusty John, Jack and the Giantkiller, Goldilocks, Sleeping Beauty and Rumpelstiltskin. Lang's versions of fairy tales are generally considered to be the best English versions, and his collections are the richest and widest in range.