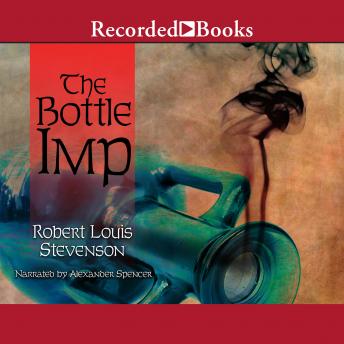 The Bottle Imp and Other Stories

Download or Stream instantly more than 55,000 audiobooks.
Listen to "The Bottle Imp and Other Stories" on your iOS and Android device.

In 1887, Robert Louis Stevenson and his wife, Fanny, left England and sailed for the United States. A year later, they moved on again, steaming from San Francisco to the blue waters and lush islands of the South Pacific. As he soaked up the exotic landscapes, Robert Louis Stevenson was fascinated by the mystery and lore of the islands. Seeking to capture the quality of the folk-tales he heard, Stevenson crafted short stories, filling them with the masterful suspense that has mesmerized readers for over one hundred years. In addition to The Bottle Imp, this collection also includes Markheim, Ollala, and Thrawn Janet. Each chilling story takes on added power through Alexander Spencer's brilliant narration.