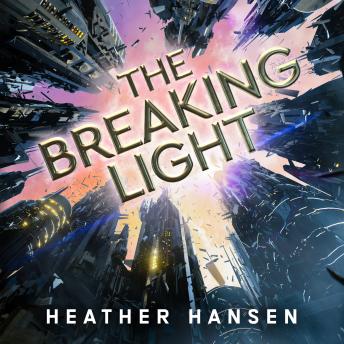 Download or Stream instantly more than 55,000 audiobooks.
Listen to "The Breaking Light" on your iOS and Android device.

In a stratified society where contact with the sun is a luxury reserved for the elite, those kept prisoner in the darkness will do anything to find the light. Arden—beautiful, street-smart, and cynical—is one of the citizens of the lowest level, known as Undercity, of an off-world colony. A blackout band traps Arden in her district, but as sister to the leader of the most powerful gang in Undercity, she has access to the Above. There she meets Dade, one of the few lucky enough to be born into the sun-kissed families who reside in the towers soaring above the rest of the city. But life isn’t perfect in the sky. Dade, desperate to escape his upcoming arranged marriage, has a secret of his own, and he’s willing to risk everything for it. An unlikely romance develops between the two teens—but their love faces opposition from above and below. When her gang pressures Arden to help break the grip of the elite and end Dade’s interference with their drug trade, she is forced to make a deadly choice between love and family loyalty. But will the brewing class war destroy the world around them first?