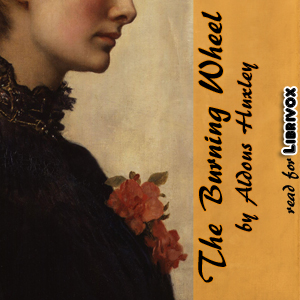 Download or Stream instantly more than 55,000 audiobooks.
Listen to "The Burning Wheel" on your iOS and Android device.

Though Aldous Huxley is best known for his later novels and essays, he started his writing career as a poet. The Burning Wheel is his first work, a collection of thirty poems that pay homage in style to poets who wrote in the Romantic or the French symbolist styles. Many of the poems deal with themes of light, darkness, sight, music, art, war, and idealism vs. realism. Though the optimism in his early works waned as he became older, his characteristically optimistic and determined point of view shines through. - Summary by Mary Kay
The last poem was read collaboratively by ezwa, AlgyPug and Larry Wilson.