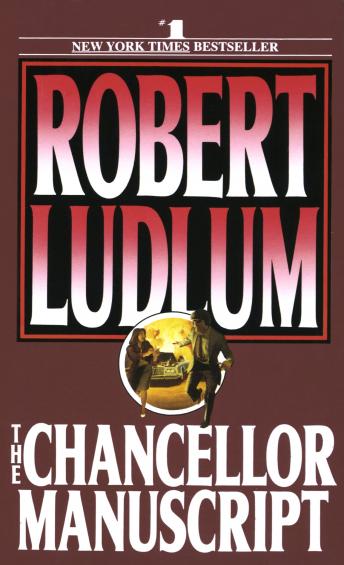 The Chancellor Manuscript: A Novel

Download or Stream instantly more than 55,000 audiobooks.
Listen to "The Chancellor Manuscript: A Novel" on your iOS and Android device.

“[The Chancellor Manuscript] exerts a riveting appeal, as it seems to justify our worst nightmares of what really goes on in the so-called intelligence community in Washington.”—The New York Times Book Review

Did J. Edgar Hoover die a natural death? Or was he murdered? When a group of high-minded and high-placed intellectuals known as Inver Brass detect a monstrous threat to the country in Hoover’s unethical use of his scandal-ridden private files, they decide to do away with him—quietly, efficiently, with no hint of impropriety. Then bestselling thriller writer Peter Chancellor stumbles onto information that makes his previous books look like harmless fairy tales. Now Chancellor and Inver Brass are on a deadly collision course, spiraling across the globe in an ever-widening arc of violence and terror. All roads lead to a showdown that will rip the nation’s capital apart—leaving only one damning document to survive.

Praise for Robert Ludlum and The Chancellor Manuscript

“Ludlum stuffs more surprises into his novels than any other six-pack of thriller writers combined.”—The New York Times

“A roaring ride on a roller coaster of suspense.”—The Pittsburgh Press

“Powerhouse momentum . . . as shrill as the siren on the prowl car.”—Kirkus Reviews