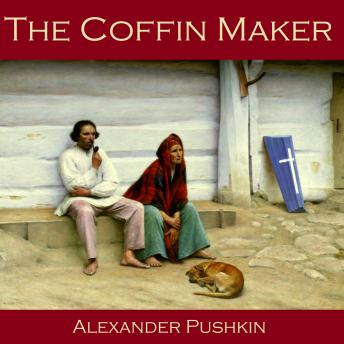 Download or Stream instantly more than 55,000 audiobooks.
Listen to "The Coffin Maker" on your iOS and Android device.

Alexander Pushkin (1799-1837) leads the great names of Russian literature. After completing his education, Pushkin devoted himself to the pleasures of society, alongside his writing.

In 1820 he was banished to the Caucasus for writing and promoting liberal views. Deprived of his social life, Pushkin devoted himself to his writing and bequeathed to the world some of the greatest poetry and stories ever written.

The Coffin Maker tells the story of Adrian Prokhoroff, a funeral director who, in a drunken rage, shouts out an invitation to all his customers to a party at his house...and unleashes a scene of grisly horror.