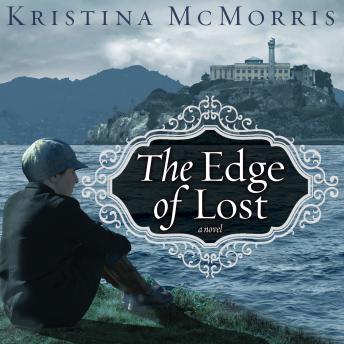 The Edge of Lost

Download or Stream instantly more than 55,000 audiobooks.
Listen to "The Edge of Lost" on your iOS and Android device.

On a cold night in October 1937, searchlights cut through the darkness around Alcatraz. A prison guard's only daughter-one of the youngest civilians who lives on the island-has gone missing. Tending the warden's greenhouse, convicted bank robber Tommy Capello waits anxiously. Only he knows the truth about the little girl's whereabouts, and that both of their lives depend on the search's outcome.

Almost two decades earlier and thousands of miles away, a young boy named Shanley Keagan ekes out a living as an aspiring vaudevillian in Dublin pubs. Talented and shrewd, Shan dreams of shedding his dingy existence and finding his real father in America. The chance finally comes to cross the Atlantic, but when tragedy strikes, Shan must summon all his ingenuity to forge a new life in a volatile and foreign world.

Skillfully weaving these two stories, Kristina McMorris delivers a compelling novel that moves from Ireland to New York to San Francisco Bay. As her finely crafted characters discover the true nature of loyalty, sacrifice, and betrayal, they are forced to confront the lies we tell-and believe-in order to survive.