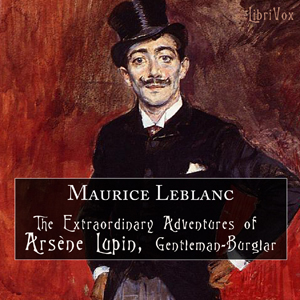 Download or Stream instantly more than 55,000 audiobooks.
Listen to "The Extraordinary Adventures of Arsène Lupin, Gentleman-Burglar" on your iOS and Android device.

A contemporary of Arthur Conan Doyle, Maurice Leblanc (1864-1941) was the creator of the character of gentleman thief Arsène Lupin who, in France, has enjoyed a popularity as long-lasting and considerable as Sherlock Holmes in the English-speaking world. This is the delightful first of twenty volumes in the Arsène Lupin series written by Leblanc himself.

In an unprecedented act of literary pastiche and cross-over, Sherlock Holmes and Lupin actually meet, briefly in this first volume, and more substantially in the next. But after legal objections from Conan Doyle, the name was changed to "Herlock Sholmes." (adapted from Wikipedia by a.r.dobbs)