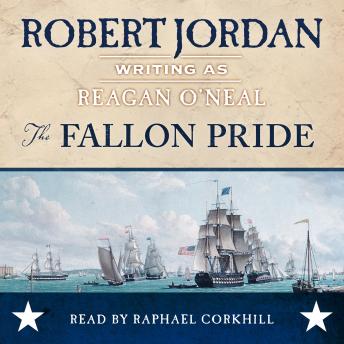 Download or Stream instantly more than 55,000 audiobooks.
Listen to "The Fallon Pride" on your iOS and Android device.

From phenomenally successful fantasy author Robert Jordan (The Wheel of Time) comes The Fallon Pride, the second installment in the Fallon series, now available for the first time in audiobook format.

Like his father before him, Robert Fallon finds his destiny is also twisted around a double-edged fate, which will mark him for life--the unbearable attraction of forbidden love and the seductive call of war.

As Captain of the Osprey, he has sailed the globe to avoid the woman he should not desire. But the rumblings of war are once again echoing across a struggling young nation and Robert must return to South Carolina.

Waiting for him is the War of 1812. The British are attempting to reclaim the Colonies and the White House is in flames. From the ravines of Bladensburg to the bayous of New Orleans, Robert fights alongside the likes of Andrew Jackson and Jean Lafitte with a passion born of his Fallon blood--and a Fallon pride that will not let him fail.