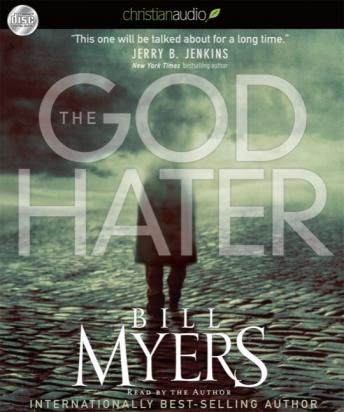 Download or Stream instantly more than 55,000 audiobooks.
Listen to "The God Hater" on your iOS and Android device.

A cranky, atheistic philosophy professor loves to shred the faith of incoming freshmen. He is chosen by a group of scientists to create a philosophy for a computer-generated world exactly like ours. Much to his frustration every model he introduces—from Darwinism, to Existentialism, to Relativism, to Buddhism—fails. The only way to preserve the computer world is to introduce laws from outside their system through a Law Giver. Of course this goes against everything he's ever believed, and he hates it. But even that doesn't completely work because the citizens of that world become legalists and completely miss the spirit behind the Law. The only way to save them is to create a computer character like himself to personally live and explain it. He does. So now there are two of him—the one in our world and the one in the computer world. Unfortunately a rival has introduced a virus into the computer world. Things grow worse until our computer-world professor sees the only way to save his world is to personally absorb the virus and the penalty for breaking the Law. Of course, it's clear to all, including our real-world professor, that this act of selfless love has become a reenactment of the Gospel. It is the only possible choice to save their computer world and, as he finally understands, our own.