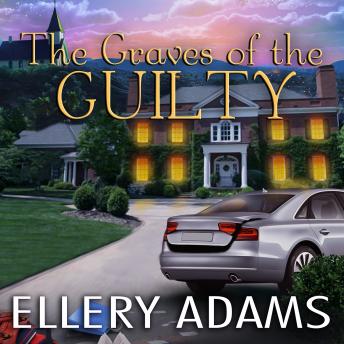 The Graves of the Guilty

Download or Stream instantly more than 55,000 audiobooks.
Listen to "The Graves of the Guilty" on your iOS and Android device.

Cooper Lee is on top of the world, thanks to her great friends at Hope Street Church and the satisfaction of having solved two perplexing mysteries. And with Valentine's Day just around the corner, she's hoping that love is in the air for her and her new boyfriend, Nathan. But Cooper's faith is about to be tested when her sister, Ashley, discovers a corpse and is implicated in the gruesome murder. And just as troubling, a darkly handsome and exciting man has come into Cooper's life and just might tempt her to stray.

As Cooper and her friends from the Bible study group once again spring into action to root out a killer-and Cooper digs deep to solve a more personal mystery-she discovers that following the clues is raising more questions than answers. But one thing's for certain: when cold-blooded criminals mess with Cooper's family and friends, the killers haven't got a prayer.