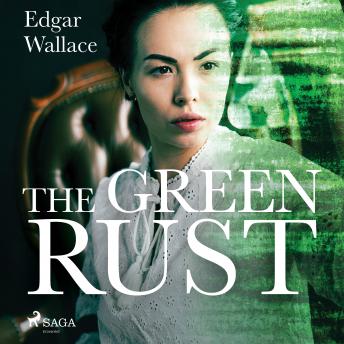 Download or Stream instantly more than 55,000 audiobooks.
Listen to "The Green Rust" on your iOS and Android device.

A millionaire is taken suddenly ill, and sensing his mortality, he asks his attorney to do him one last favor - to find and secretly watch over his missing niece, the daughter of his profligate deceased sister. This niece at the appropriate time would become heir to his millions. However, the millionaire is mysteriously murdered, stabbed to death in his sick bed. Oliva Cresswell, the unsuspecting niece, has been a cashier in a large West End store for five years when she meets a Mr. Beale, a self described wheat merchant, is attacked in her flat and rescued by this Mr. Beale, is offered a job as his confidential secretary, refuses him, is unexplainably sacked and finds herself in need of his offer. The mysteries multiply and deepen as the story proceeds.