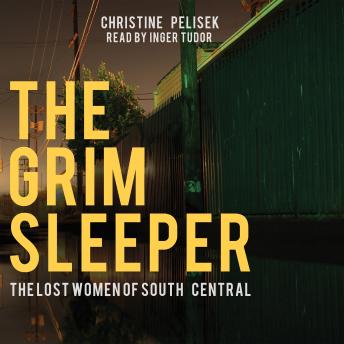 The Grim Sleeper: The Lost Women of South Central

Download or Stream instantly more than 55,000 audiobooks.
Listen to "The Grim Sleeper: The Lost Women of South Central" on your iOS and Android device.

The definitive book on the hunt to find the most ruthless serial killer in Los Angeles' history, told by the fearless reporter who broke the story.

In 2008, Christine Pelisek broke the story of a terrifying serial killer who went unchecked in Los Angeles for decades, killing the most vulnerable women in one South Central neighborhood. In her cover article for LA Weekly, Christine dubbed him "The Grim Sleeper" for his long break between murders. The killer preyed on a community devastated by crime and drugs and left behind a trail of bodiesall women of color, all murdered in a similar fashion, and all discarded in the alleys of Los Angeles.

The case of the Grim Sleeper is unforgettably singular. But it also tells a wider story about homicide investigations in areas beset by poverty, gang violence, and despair; about how a serial killer could continue his grisly work for two decades in part due to society's lack of concern for his chosen victims; and about the power and tenacity of those women's families and the detectives who refused to let the case go cold.

No one knows this story better than Christine Pelisek, the reporter who followed it for over ten years, and has written the definitive book on the capture of one of America's most ruthless serial killers. Based on extensive interviews, reportage, and information never released to the public, The Grim Sleeper captures the long, bumpy road to justice in one of the most startling true crime stories of our generation.