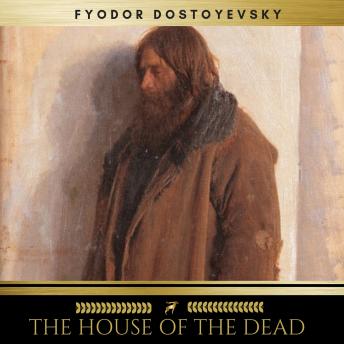 The House of the Dead

Download or Stream instantly more than 55,000 audiobooks.
Listen to "The House of the Dead" on your iOS and Android device.

The House of the Dead is a novel published in 1861 by Russian author Fyodor Dostoyevsky, which portrays the life of convicts in a Siberian prison camp. Dostoyevsky himself spent four years in exile in such a camp following his conviction for involvement in the Petrashevsky Circle. This experience allowed him to describe with great authenticity the conditions of prison life and the characters of the convicts. The narrator, Aleksandr Petrovich Goryanchikov, has been sentenced to penalty deportation to Siberia and ten years of hard labour. Life in prison is particularly hard for Aleksandr Petrovich, since he is a 'gentleman' and suffers the malice of the other prisoners, nearly all of whom belong to the peasantry. Gradually Goryanchikov overcomes his revulsion at his situation and his fellow convicts, undergoing a spiritual re-awakening that culminates with his release from the camp. It is a work of great humanity; Dostoyevsky portrays the inmates of the prison with sympathy for their plight, and also expresses admiration for their energy, ingenuity and talent. He concludes that the existence of the prison, with its absurd practices and savage corporal punishments is a tragic fact, both for the prisoners and for Russia itself.