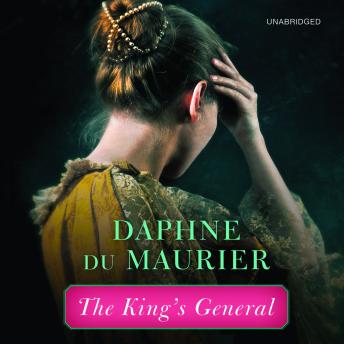 Download or Stream instantly more than 55,000 audiobooks.
Listen to "The King's General" on your iOS and Android device.

A classic work of historical fiction from the author of Rebecca and The Birds.

Honor Harris is only eighteen when she first meets Richard Grenvile, proud, reckless — and utterly captivating. But following a riding accident, Honor must reconcile herself to a life alone. As the English Civil war is waged across the country, Richard rises through the ranks of the army, marries and makes enemies, and Honor remains true to him.

Decades later, an undaunted Sir Richard, now a general serving King Charles I, finds her. Finally they can share their passion in the ruins of her family's great estate on the storm-tossed Cornish coast — one last time before being torn apart, never to embrace again.

"Daphne du Maurier is a magician, a virtuoso. She can conjure up tragedy, tension, suspense, the ridiculous, the vain, the romantic." —Good Housekeeping