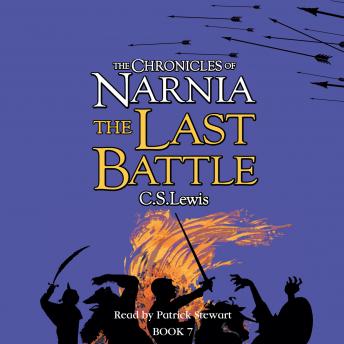 Download or Stream instantly more than 55,000 audiobooks.
Listen to "The Last Battle" on your iOS and Android device.

The final instalment in the series of the classic fantasy tales – The Chronicles of Narnia. This edition is complete and unabridged.


The last days of Narnia, and all hope seems lost as lies and treachery interweave to threaten the destruction of everything. As the battle lines are drawn, old friends are summoned back to Narnia, though none can predict the outcome in this magnificent ending to the famous series.


On 9 December 2005, Andrew (Shrek) Adamson’s live-action film adaptation of The Lion, the Witch and the Wardrobe will be released by Disney, and it is already being hailed as the biggest film franchise of all time, guaranteed to appeal to adults and children across the globe. The second film is already in development.