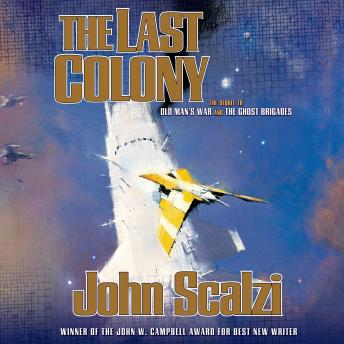 Download or Stream instantly more than 55,000 audiobooks.
Listen to "The Last Colony" on your iOS and Android device.

That is, until his and Jane's past reaches out to bring them back into the game — as leaders of a new human colony, to be peopled by settlers from all the major human worlds, for a deep political purpose that will put Perry and Sagan back in the thick of interstellar politics, betrayal, and war.