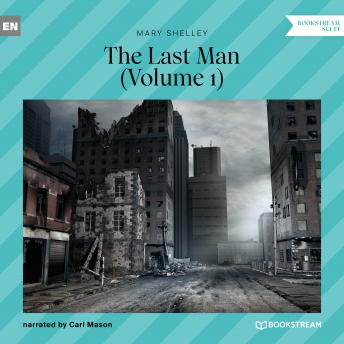 Download or Stream instantly more than 55,000 audiobooks.
Listen to "The Last Man, Volume 1 (Unabridged)" on your iOS and Android device.

The Last Man is a post-apocalyptic science fiction novel by Mary Shelley, which was first published in 1826. The book tells of a future world that has been ravaged by a plague. The novel was harshly reviewed at the time, and, except for a 1924 silent film based on it, was virtually unknown - having been eclipsed by Shelley's more popular works - until a scholarly revival in the 1960s. It contains semi-biographical portraits of Romantic figures in Shelley's circle, particularly Shelley's late husband Percy Bysshe Shelley and Lord Byron.