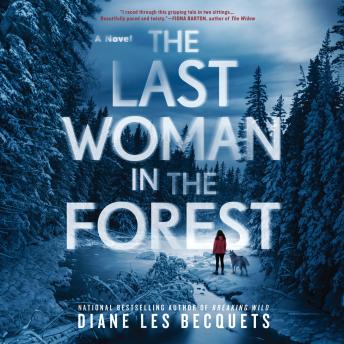 The Last Woman in the Forest

Download or Stream instantly more than 55,000 audiobooks.
Listen to "The Last Woman in the Forest" on your iOS and Android device.

From the national bestselling author of Breaking Wild, here is a riveting and powerful thriller about a woman whose greatest threat could be the man she loves.…

Marian Engström has found her true calling: working with rescue dogs to help protect endangered wildlife. Her first assignment takes her to northern Alberta, where she falls in love with her mentor, the daring and brilliant Tate. When they’re separated on another assignment, she’s shattered to learn of his tragic death. Before long, Marian discovers disturbing inconsistencies about Tate’s life, and begins to wonder if the man she loved could have been responsible for the unsolved murders of at least four women.

Hoping to clear Tate’s name, Marian reaches out to a retired forensic profiler who’s haunted by the open cases. But as Marian relives her relationship with Tate and circles ever closer to the truth, evil stalks her every move.…

Author's note read by the Author