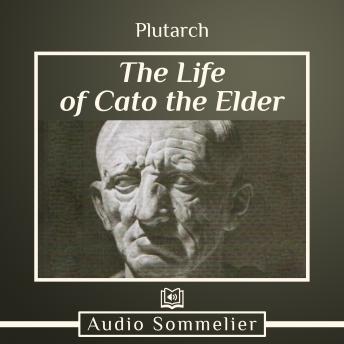 The Life of Cato the Elder

Download or Stream instantly more than 55,000 audiobooks.
Listen to "The Life of Cato the Elder" on your iOS and Android device.

Cato the Elder rose from his Plebeian ancestry to become a great Roman senator, orator, and historian. While he was the first in his family to hold elected office, Cato proudly declared that his military roots made bravery a family trait. Plutarch praises him for his actions as a father, his strength as an orator, and his wise ethics, but he criticizes his behavior toward animals and slaves. While there are several historical biographies of what Cato did, this entry in Parallel Lives creates an intimate portrait of who Cato was in character and in practice.