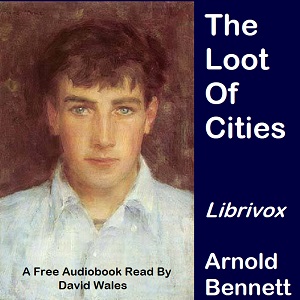 The Loot Of Cities

Download or Stream instantly more than 55,000 audiobooks.
Listen to "The Loot Of Cities" on your iOS and Android device.

Published in 1917, this is a collection of a novella and seven short stories by one of the cleverest authors of the early twentieth century. ÔIn Queen's Quorum (1951), a survey of crime fiction, Ellery Queen listed Bennett's The Loot of Cities among the 100 most important works in the genre. This collection of stories recounts the adventures of a millionaire who commits crimes to achieve his idealistic ends. Although it was "one of his least known works," it was nevertheless "of unusual interest, both as an example of Arnold Bennett's early work and as an early example of dilettante detectivism".Õ