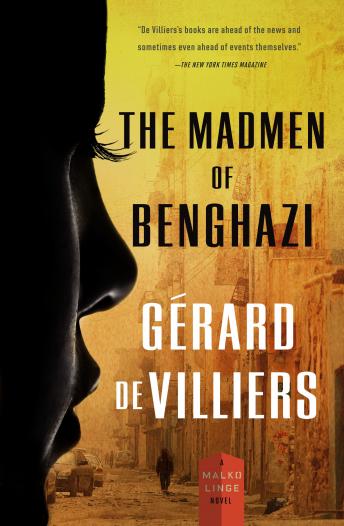 The Madmen of Benghazi: A Malko Linge Novel

Download or Stream instantly more than 55,000 audiobooks.
Listen to "The Madmen of Benghazi: A Malko Linge Novel" on your iOS and Android device.

THE MADMEN OF BENGHAZI, available for the first time in the U.S., is a gripping, racy, ripped-from-the-headlines espionage thriller set in volatile post-Qaddafi Libya.

Gérard de Villiers (1929–2013) spent his five-decade career cultivating connections in the world of international intelligence, which allowed him to anticipate geopolitical events before they occurred—and to masterfully blend fiction with an insider’s knowledge of international affairs. Published from 1964 until his death in 2013, his bestselling SAS series of 200 spy novels, starring Malko Linge, was long considered France’s answer to Ian Fleming, with Malko as his James Bond.

Its hero, Malko Linge, an Austrian aristocrat, spends his time freelancing for the CIA in order to support his playboy lifestyle.

When terrorists try to shoot down a plane carrying Libyan prince Ibrahim al-Senussi, it is clear that someone wants him dead. But the CIA has its own plot for the prince: Now that Qaddafi has been overthrown, al-Senussi is their best bet to set up a constitutional monarchy and stem the Islamist tide in Libya. The CIA, which needs Malko as much as he needs them, sends the Austrian aristocrat to Cairo to learn more about al-Senussi’s plans by seducing his companion, a ravishing British model. This mission is enormously appealing, but also proves enormously dangerous, as the same madman of God who is trying to kill al-Senussi also takes aim at Malko.