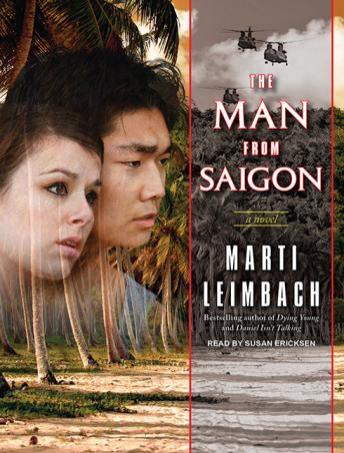 The Man from Saigon: A Novel

Download or Stream instantly more than 55,000 audiobooks.
Listen to "The Man from Saigon: A Novel" on your iOS and Android device.

It's 1967, and Susan Gifford is one of the first female correspondents on assignment in Saigon. She is dedicated to her job and passionately in love with an American TV reporter. Son is a Vietnamese photographer anxious to get his work into the American press. Together they cover every aspect of the war, from combat missions to the workings of field hospitals. Then one November morning, narrowly escaping death during an ambush, Susan and Son find themselves the prisoners of three Vietcong soldiers who have been separated from their unit.

Now, under constant threat from American air strikes and helpless in the hands of the enemy, they face the daily hardships of the jungle together. As time passes, the bond between Susan and Son deepens, and it becomes increasingly difficult for Son to harbor the secret that could have profound consequences for them both.