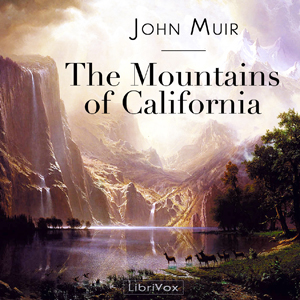 The Mountains of California

Download or Stream instantly more than 55,000 audiobooks.
Listen to "The Mountains of California" on your iOS and Android device.

John Muir (1838-1914) was one of the first modern preservationists. His letters, essays, and books telling of his adventures in nature, and wildlife, especially in the Sierra Nevada Mountains of California, were read by millions and are still popular today. His direct activism helped to save the Yosemite Valley and other wilderness areas. The Sierra Club, which he founded, is now one of the most important conservation organizations in the United States. His writings and philosophy strongly influenced the formation of the modern environmental movement. (Summary from Wikipedia)