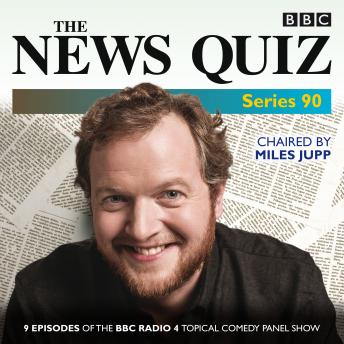 Download or Stream instantly more than 55,000 audiobooks.
Listen to "The News Quiz: Series 90: Nine episodes of the BBC Radio 4 topical comedy panel show" on your iOS and Android device.

They face questions on subjects including the Panama Papers, Tata Steel, the London mayoral elections, the collapse of BHS, Leicester City's Premier League triumph, Donald Trump and – of course – the ins and outs of the EU referendum.

Miles Jupp is back in the chair and in charge of proceedings, while newsreaders including Corrie Corfield, Zeb Soanes, Neil Sleat and Kathy Clugston read an assortment of hilarious newspaper cuttings sent in by listeners. Duration: 4 hours approx.