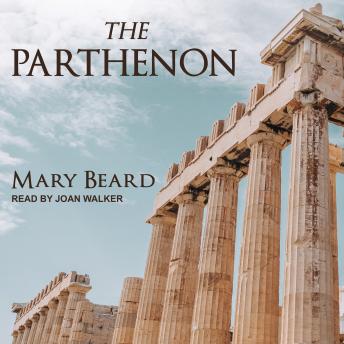 Download or Stream instantly more than 55,000 audiobooks.
Listen to "The Parthenon" on your iOS and Android device.

Oscar Wilde compared it to a white goddess, Evelyn Waugh to Stilton cheese. In observers from Lord Byron to Sigmund Freud to Virginia Woolf it met with astonishment, rapture, poetry, even tears-and, always, recognition. Twenty-five hundred years after it first rose above Athens, the Parthenon remains one of the wonders of the world, its beginnings and strange turns of fortune over millennia a perpetual source of curiosity, controversy, and intrigue.

At once an entrancing cultural history and a congenial guide for tourists, armchair travelers, and amateur archaeologists alike, this book conducts listeners through the storied past and towering presence of the most famous building in the world. The classicist and historian Mary Beard takes us back to the fifth century BC to consider the Parthenon in its original guise-as the flagship temple of imperial Athens, housing an enormous gold and ivory statue of the city's patron goddess attended by an enigmatic assembly of sculptures. Just as fascinating is the monument's far longer life as cathedral church of Our Lady of Athens, as 'the finest mosque in the world,' and, finally, as an inspirational ruin and icon.