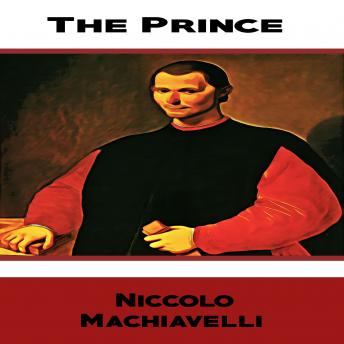 The Prince by Niccolò Machiavelli

Download or Stream instantly more than 55,000 audiobooks.
Listen to "The Prince by Niccolò Machiavelli" on your iOS and Android device.

Originally published in 1532, nearly five years after the author's death, "The Prince" is a pioneering work of modern political philosophy for which Niccolo Machiavelli is best remembered. Intended to be a treatise on ruling for princes, "The Prince" is one of the world's first and most impactful works of political science. In the book Machiavelli offers many bits of practical advice on how to rule and even though the book was written in the early 16th century the ideas are still very relevant today. Where "The Prince" differs from other political literature is in its separation of the lofty idealism of morality and ethics from the practical demands of governing. It is this very aspect of Machiavelli's work that has made his name synonymous with an almost immoral opportunism. It has been argued that Machiavelli himself was not quite as devious in reality as his work would suggest but that he takes up this style in his work in order to present a provocative treatise that recognizes the pragmatic demands of governance. The impact on Western civilization of Machiavelli's work cannot be overstated, and in "The Prince" we find a concise exposition of his political philosophy.