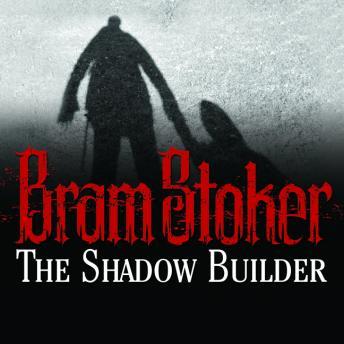 Download or Stream instantly more than 55,000 audiobooks.
Listen to "The Shadow Builder" on your iOS and Android device.

The Shadow Builder dwells in the gloomy nether regions of the universe, lonely and haunting in his realm. He dwells in the area beyond the Gate of Dread, where the great procession meets its final end. The Shadow Builder sees all from his gloom, happiness and sadness, hope and despair. He focuses intently on the relationship between a mother and son, watching everything unfold from his Threshold. It his from these two that he learns the truth about his power, the power of death.

Bram Stoker (1847-1912) was an Irish writer of novels and short stories, most famous for his gothic horror novel Dracula. Although he wrote throughout his life while working as a personal assistant and theatre manager, he did not achieve much literary fame until after his death