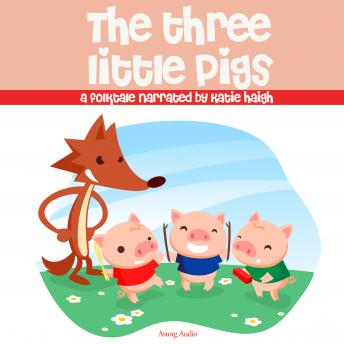 Download or Stream instantly more than 55,000 audiobooks.
Listen to "The Three Little Pigs" on your iOS and Android device.

The Three Little Pigs is a very funny and famous folktale / fable / fairy tale featuring anthropomorphic pigs who build three houses of different materials. The story begins with the title characters being sent out into the world by their mother, to "seek out their fortune". The first little pig builds a house of straw, but a wolf blows it down and eats him. The second pig builds a house of furze sticks, which the wolf also blows down and eats him. Each exchange between wolf and pig features ringing proverbial phrases, namely: "Little pig, little Pig, let me come in." "No, no, not by the hair on my chinny chin chin.""Then I'll huff, and I'll puff, and I'll blow your house in." The third pig builds a house of bricks. This little pig is very smart, and the end is a big surprise for everyone...