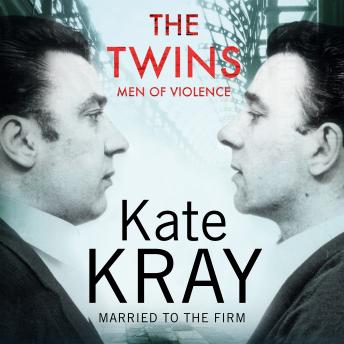 The Twins - Men of Violence: The Real Inside Story of the Krays

Download or Stream instantly more than 55,000 audiobooks.
Listen to "The Twins - Men of Violence: The Real Inside Story of the Krays" on your iOS and Android device.

'If one woman understands tough guys, it's Kate Kray' - The Independent

Married to Ron before his death, and a regular correspondent with Reg, Kate Kray was granted unique access to the shadowy underworld they inhabited, and was entrusted with some of the darkest secrets they possessed - secrets that could never be revealed until they were both dead.

Featuring exclusive letters, thoughts from the twins themselves, as well as anecdotes and tributes from gangsters, actors and East End faces, Kate has produced the definitive view of the Krays.

Fifty years on from their incarceration, this thrilling and, at times, terrifying memoir remains a truly unique portrait of the real men behind the immortal image.