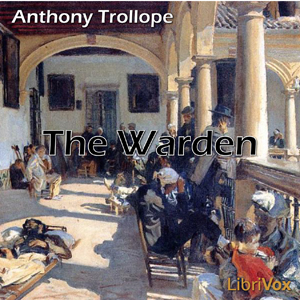 Download or Stream instantly more than 55,000 audiobooks.
Listen to "The Warden" on your iOS and Android device.

Amongst the great popular novelists of the nineteenth century who are still read today, Anthony Trollope stands alongside his contemporary, Charles Dickens. His two series of novels, the political (The Pallisers) and the clerical (The Barsetshire Chronicles) are the best known. This book is the first of the Barsetshire series and was also Trollope's first really successful novel.

In the mid nineteenth century there were a number of financial scandals in the Church of England including those of Rochester, where the endowments which should have supported the King's School Canterbury had been diverted to the Dean and Chapter; and of the hospital of St Cross at Winchester where the Rev. Francis North, later the Earl of Guildford, had been appointed to the mastership of the hospital by his father the bishop. The revenues of the hospital were very considerable, the work involved minimal. The scandal soon broke.

Trollope based 'The Warden' on the St Cross case, but in the novel the Warden is a kindly, devoted, priest, beloved by all that knew him and is racked by fear that he is accepting money to which he is not entitled. His antagonist is his prospective son-in-law John Bold and his (somewhat unwelcome) ally is one of Trollope's strongest characters, the Archdeacon of Barchester, Dr. Theophilus Grantly. (summary by Andy Minter)