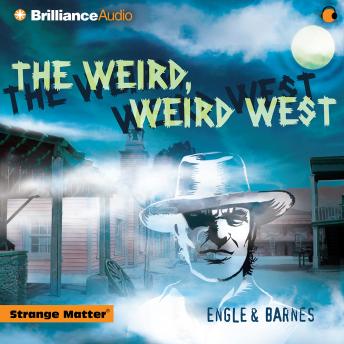 Download or Stream instantly more than 55,000 audiobooks.
Listen to "The Weird, Weird West" on your iOS and Android device.

A monster is coming after Shane Reece.

An earthquake two hundred miles from Fairfield has unleashed something terrible - Clayton T. Motley, a zombie gunslinger looking for revenge.

Back in the middle 1800s, one of Shane's ancestors ran Motley out of Fairfield by putting a bullet in his hide. A posse chased the fleeing bandit for weeks until Motley holed up in a cave, where he eventually succumbed to his gunshot wound. The bullet inside him, however, was made out of something . . . strange.

Now, almost one hundred and fifty years later, the earthquake has freed the undead gunfighter from his rocky prison - and he wants revenge.

He's coming after the only Reece left in Fairfield - Shane.