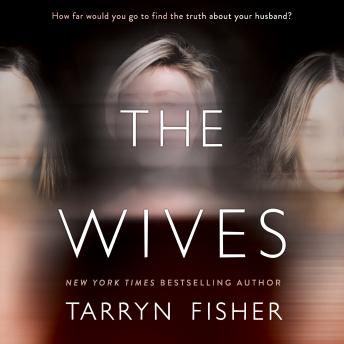 Download or Stream instantly more than 55,000 audiobooks.
Listen to "The Wives" on your iOS and Android device.

An Instant Bestseller!
The New York Times | USA Today | The Globe and Mail | The Toronto Star

What happens behind closed doors never stays hidden for long.

It was supposed to be easy. Thursday would share her husband, Seth, with his other two wives, Monday and Tuesday—two women she’s never met and knows nothing about. No questions asked, no hurt feelings. And for a while, the arrangement works…until Thursday finds a scrap of paper with a name—Monday’s real name—and an address.

Now Thursday can’t stop herself. She wants to know more about this woman: who she is, what she’s like…what Seth sees in her that Thursday doesn’t have.

She orchestrates a fraudulent friendship with Tuesday to get to the truth, what she really signed up for when she agreed to this marriage. But the more she learns about this other wife—and his mysterious first wife, Tuesday—the more she sees that Seth is not the man she thought he was.

As more disturbing details come to light, it becomes clear that there’s a reason why he didn’t want the women to meet after all. A very good reason.

One that Thursday never saw coming.

“Suspense fans will be rewarded.”—Publishers Weekly