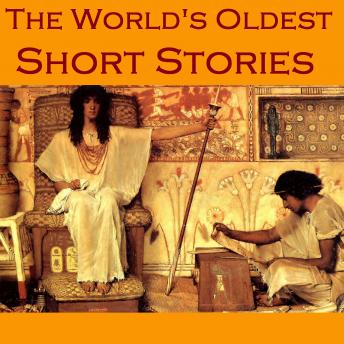 Download or Stream instantly more than 55,000 audiobooks.
Listen to "The World's Oldest Short Stories: Tales from Ancient Egypt, India, Greece, and Rome" on your iOS and Android device.

Many stories have stood the test of time, but this selection have entranced audiences for thousands of years and remain as fresh today as they were when first told. A fascinating collection which gives vivid insights into lives in ancient times and the issues that occupied the people of the day.

Includes tales of ancient Egypt, written to discourage militant women from reviving the old matriarchal system; enchanting stories of the Buddha that were later adapted by Aesop; old humorous stories of the Brahmans; stories from the Greeks in Asia Minor, including the wonderful sketch "The Ladies of Syracuse", which gives a fresh, charming, and lively picture of life in Alexandria; plus the epic Cupid and Psyche by the excellent Latin writer Apuleius.