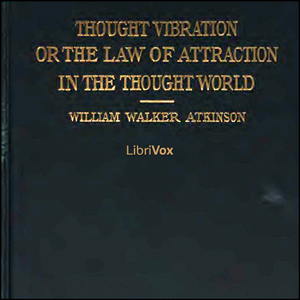 Thought Vibration, or The Law of Attraction in the Thought World

Download or Stream instantly more than 55,000 audiobooks.
Listen to "Thought Vibration, or The Law of Attraction in the Thought World" on your iOS and Android device.

William Walker Atkinson (December 5, 1862 - November 22, 1932) was an attorney, merchant, publisher, and author, as well as an occultist and an American pioneer of the New Thought movement.

Atkinson was a prolific writer, and his many books achieved wide circulation among New Thought devotees and occult practitioners. He published under several pen names, including Magus Incognito, Theodore Sheldon, Theron Q. Dumont, Swami Panchadasi, Yogi Ramacharaka, Swami Bhakta Vishita, and probably other names not identified at present. The works published under the name of William Walker Atkinson generally treat themes related to the mental world, occultism, divination, psychic reality, and mankind's nature. They constitute a basis for what Atkinson called "New Psychology" or "New Thought". These titles include Thought-Force in Business & Everyday Life (1900), Thought Vibration or the Law of Attraction in the Thought World (1906) and Practical Mental Influence (1908).

Due in part to Atkinson's intense personal secrecy and extensive use of pseudonyms, he is now largely forgotten, despite having obtained mention in past editions of Who's Who in America, Religious Leaders of America, and several similar publications - and having written more than 100 books in the last 30 years of his life. His works have remained in print more or less continuously since 1900. (Introduction from Wikipedia)