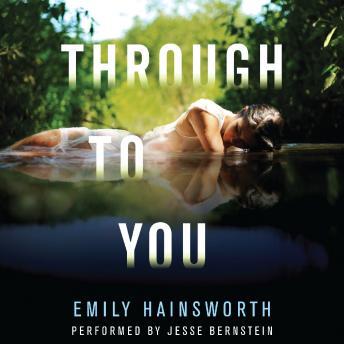 Download or Stream instantly more than 55,000 audiobooks.
Listen to "Through to You" on your iOS and Android device.

Camden Pike has been grief-stricken since his girlfriend, Viv, died. Viv was the last good thing in his life: helping him rebuild his identity after a career-ending football injury, picking up the pieces when his home life shattered, and healing his pain long after the meds wore off. And now, he'd give anything for one more glimpse of her. But when Cam makes a visit to the site of Viv's deadly car accident, he sees some kind of apparition. And it isn't Viv.

The apparition's name is Nina, and she's not a ghost. She's a girl from a parallel world, and in this world, Viv is still alive. Cam can't believe his wildest dreams have come true. All he can focus on is getting his girlfriend back, no matter the cost. But things are different in this other world: Viv and Cam have both made very different choices, things between them have changed in unexpected ways, and Viv isn't the same girl he remembers. Nina is keeping some dangerous secrets, too, and the window between the worlds is shrinking every day. As Cam comes to terms with who this Viv has become and the part Nina played in his parallel story, he's forced to choose—stay with Viv or let her go—before the window closes between them once and for all.