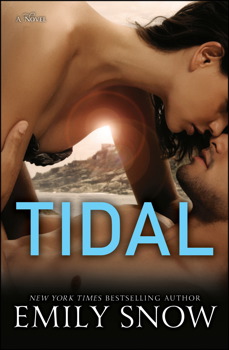 Download or Stream instantly more than 55,000 audiobooks.
Listen to "Tidal: A Novel" on your iOS and Android device.

The New York Times bestselling new adult romance about a young actress who’s filming a beach drama in Hawaii and who may be falling for her surf instructor.

Hollywood starlet Willow Avery is out of rehab with only one chance left to redeem herself before she’s officially on every director’s blacklist . . . At least, that’s what her parents and her agent are claiming. She doesn’t really give a damn if she never makes another movie—she just wants to get on with her life, get back to her friends, and find her next escape. But Willow is broke. And whether she likes it or not, acting is the only job she knows how to do. When she accepts the lead in a beach drama, Willow finds herself in Hawaii with Cooper, the gorgeous Australian surfer who’s been hired to train her for her new role. Cooper is different from the other men she knows. He doesn’t want to use her. And he refuses to let her fail. But when an old friend with a toxic presence reenters Willow’s life she will have to choose between the girl she was and the person she’s becoming . . . or she may lose the man she’s falling for hard.