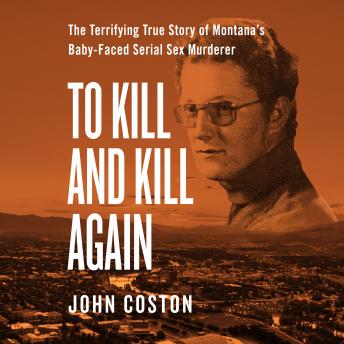 Download or Stream instantly more than 55,000 audiobooks.
Listen to "To Kill and Kill Again: The Terrifying True Story of Montana's Baby-Faced Serial Sex Murderer" on your iOS and Android device.

The twelve-year rampage of 'Missoula Mauler' Wayne Nance—and the shocking end to his murder spree
To his neighbors, Wayne Nance, a furniture mover from Missoula, Montana, appeared to be an affable, considerate, and trustworthy guy. No one knew that Nance was the 'Missoula Mauler,' a psychopath responsible for a series of sadistic sex slayings that rocked the idyllic town between 1974 and 1986.
Nance's only requirement for murder was accessibility—a preacher's wife, a teenage runaway, a female acquaintance, a married couple. Putting on a friendly façade, he could easily gain his victims' trust. Then, one September night, thirty-year-old Nance pushed his luck, preying on a couple who lived to tell the tale.
A true story with an incredible twist, written by former Wall Street Journal editor John Coston and complete with photos, To Kill and Kill Again reveals the disturbing compulsions of a charming serial killer who fooled everyone he knew, stumped the authorities, terrified a community, and nearly got away with it.