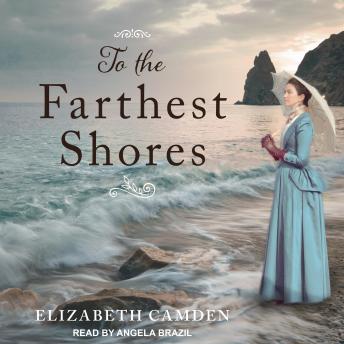 To the Farthest Shores

Download or Stream instantly more than 55,000 audiobooks.
Listen to "To the Farthest Shores" on your iOS and Android device.

It has been six years since army nurse Jenny Bennett's heart was broken by a dashing naval officer. Now Lieutenant Ryan Gallagher has abruptly reappeared in her life at the Presidio army base but refuses to discuss the inexplicable behavior that destroyed their happiness.

Ryan is in an impossible situation. One of the few men in the world qualified to carry out a daring assignment, he accepted a government mission overseas that caused his reputation to be destroyed and broke the heart of the only woman he ever loved. Honor bound never to reveal where he had been during those six years, he can't tell Jenny the truth or it will endanger an ongoing mission and put thousands of lives at risk.

Although Ryan thinks he may have finally found a solution, he can't pull it off on his own. Loyalty to her country compels Jenny to help, but she never could have imagined the intrigue she and Ryan will have to face or the lengths to which they will have to go to succeed.