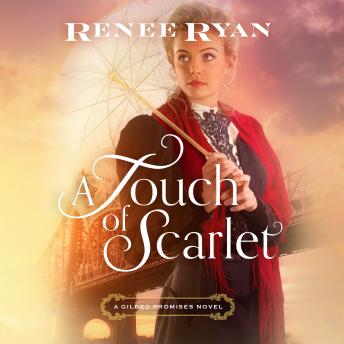 A Touch of Scarlet

Download or Stream instantly more than 55,000 audiobooks.
Listen to "A Touch of Scarlet" on your iOS and Android device.

Never was there a more charmed debutante than the impeccable Elizabeth St. James. Her sterling reputation makes her a favored guest in the most exclusive homes in New York City. But behind the gilded curtain of turn-of-the-century society, Elizabeth despises being her mother's perfect "specimen" and refuses to forgive the woman for her treacherous family betrayal. Now, with only two months before Elizabeth sets sail for London to marry a British lord, she resolves to live a lifetime of adventure-including kissing a man under the moon and stars. And Elizabeth has the perfect candidate in mind: Luke. Lucian Griffin, the brother of Elizabeth's dearest friend, intends to protect Elizabeth from letting her adventures forever sully her reputation. He knows too well the regrets that come from taking unnecessary risks. Soon his earnest fondness for the sweet debutante gives way to deep affection. But if either is to have a chance at true love and happiness, they must have the courage to let go of the past-and the grace to embrace forgiveness.