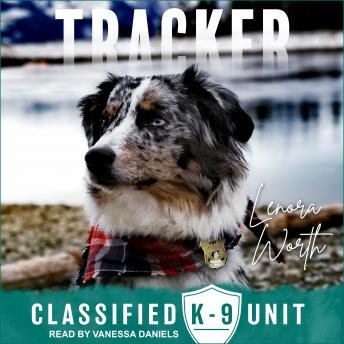 Download or Stream instantly more than 55,000 audiobooks.
Listen to "Tracker" on your iOS and Android device.

Single mother Penny Potter has spent months in hiding to keep her toddler from his father, a rogue FBI agent turned fugitive. But he's determined to flee the country with the child, and she can't dodge him forever. When he corners Penny in the Montana wilderness and gets away with their son, she's forced to trust his brother, handsome FBI K-9 agent Zeke Morrow. And Zeke must decide where his loyalty lies: with his sibling or the woman he wasn't supposed to fall for. As the bullets fly and family ties are tested, Penny and Zeke will fight to save the boy who brought them together.