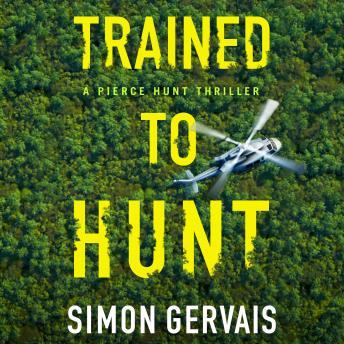 Download or Stream instantly more than 55,000 audiobooks.
Listen to "Trained to Hunt" on your iOS and Android device.

No limits. No rules. No mercy. Can one man take down an entire drug cartel?
Former Army Ranger Pierce Hunt is second-guessing his decision to join a CIA hunter-killer team that will take him far away from his daughter. But when a new performance-enhancing drug kills four football players—including his daughter’s boyfriend—settling down becomes the last thing on Hunt’s mind.
When Anna Garcia, Hunt’s lover and head of the largest drug cartel in Miami, becomes the prime suspect in the investigation, the stakes become even more personal. Not convinced that Anna is capable of such extremes, Hunt looks far and wide for evidence to exonerate her and stop a vicious enemy who plans to flood the US market with an addictive new drug. Outgunned, outmanned, and out of time, Hunt is the country’s last hope to stop a deadly new drug from making countless new victims.