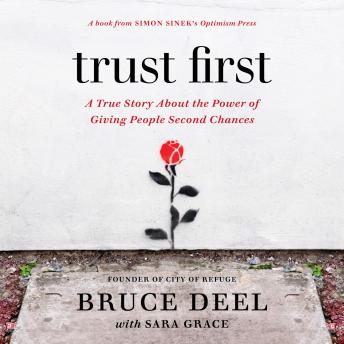 Trust First: A True Story About the Power of Giving People Second Chances

Download or Stream instantly more than 55,000 audiobooks.
Listen to "Trust First: A True Story About the Power of Giving People Second Chances" on your iOS and Android device.

If we choose to trust unconditionally, how many lives could we change?

When Pastor Bruce Deel took over the Mission Church in the 30314 zip code of Atlanta, he had orders to shut it down. The church was old and decrepit, and its neighborhood--known as 'Better Leave, You Effing Fool,' or 'the Bluff,' for short--had the highest rates of crime, homelessness, and incarceration in Georgia. Expecting his time there to only last six months, Deel was not prepared for what happened next. One Sunday, he was approached by a woman he didn't know. 'I've been hooking and stripping for fourteen years,' she said. 'Can you help me?'

Soon after, Bruce founded an organization called City of Refuge rooted in the principle of radical trust. Other nonprofits might drug test before offering housing, lock up valuables, or veto a program giving job skills and character references to felons as 'a liability.' But Bruce believed the best way to improve outcomes for the marginalized and impoverished was to extend them trust, even if that trust was violated multiple times--and even if someone didn't yet trust themselves. Since then, City of Refuge has helped over 20,000 people in Atlanta's toughest neighborhood escape the cycles of homelessness, joblessness, and drug abuse.

Of course, trust alone can't overcome a broken system that perpetuates inequality. Presenting an unvarnished window into the lives of ex-cons, drug addicts, human trafficking survivors, and displaced souls who have come through City of Refuge, Trust First examines the context in which Bruce's Atlanta neighborhood went downhill--and what City of Refuge chose to do about it. They've become a one-stop-shop for transitional housing, on-site medical and mental health care, childcare, and vocational training, including accredited intensives in auto tech, culinary arts, and coding. While most social services focus on one pain point and leave the burden on the poor to find the crosstown bus that'll serve their other needs, Bruce argues that bringing someone out of homelessness requires treating all of their needs simultaneously. This model has proven so effective that a dozen new chapters of City of Refuge have opened in the US, including in California, Illinois, Ohio, Maryland, Virginia, Texas, and Georgia.

More than a narrative about a single place in time, this radical primer for behavioral change belongs on every leader's shelf. Heartfelt, deeply personal, and inspiring, Trust First will break down your assumptions about whether anyone is ever truly a lost cause. Bruce will donate a portion of his proceeds from Trust First to the charitable organization City of Refuge.