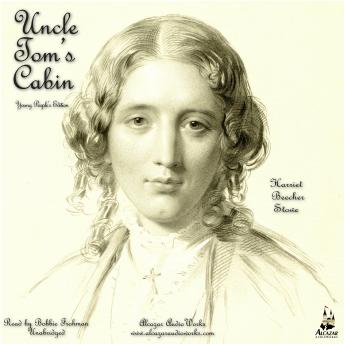 Based on the classic 1852 novel, Uncle Tom's Cabin, Harriet Beecher Stowe re-tells the story to allow young readers a glimpse into the darker side of American history.
Uncle Tom's Cabin was the bestselling novel of the 1800s and had an enormous influence in galvanizing public opinion against slavery. Uncle Tom's Cabin is the story of two slaves who's master must sell them to settle his debts. Uncle Tom is sold 'down the river,' away from his wife and children, and Eliza decides to escape. Uncle Tom has a great faith in God and is a righteous man, but he is sorely tested when he is sold to a sadist owner named Simon Legree.
Does Eliza make it to Canada? Will Uncle Tom survive Simon Legree's villainy? Uncle Tom's Cabin will keep you riveted to the end.