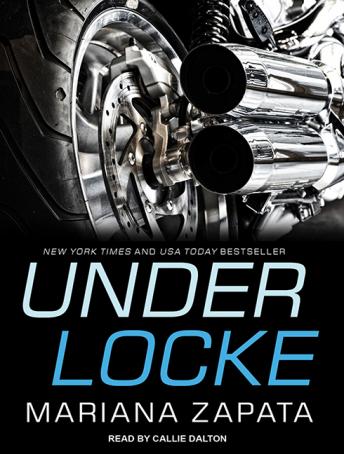 Download or Stream instantly more than 55,000 audiobooks.
Listen to "Under Locke" on your iOS and Android device.

He was my boss, my brother's friend, a Widow, an ex-felon, and a man I'd seen casually with a handful of women. But he was everything that gripped me, both the good and the bad. Worst case scenario: if things turned awkward between us, I could go somewhere else. I'd gotten over epic heartbreak before; one more wouldn't kill me.


After moving to Austin following six months of unemployment back home, Iris Taylor knows she should be glad to have landed a job so quickly . . . even if the business is owned by a member of the same motorcycle club her estranged father used to belong to. Except Dex Locke might just be the biggest jerk she's ever met. He's rude and impatient, and he doesn't know how to tell time.


And the last thing they ever expected was each other.