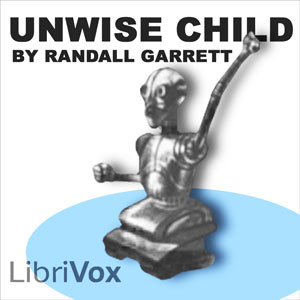 Download or Stream instantly more than 55,000 audiobooks.
Listen to "Unwise Child" on your iOS and Android device.

When a super-robot named Snookums discovers how to build his own superbombs, it becomes obvious that Earth is by no means the safest place for him to be. And so Dr. Fitzhugh, his designer, and Leda Crannon, a child psychologist acting as Snookums’ nursemaid, agree to set up Operation Brainchild, a plan to transport the robot to a far distant planet. But the space ship becomes the scene of some frightening events--the medical officer is murdered, and Snookums appears to be the culprit… - Summary by Mark Nelson