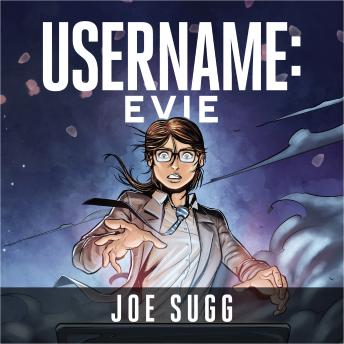 Download or Stream instantly more than 55,000 audiobooks.
Listen to "Username: Evie" on your iOS and Android device.

Featuring an exclusive interview with Joe, plus a sneak preview of USERNAME: REGENERATED.

Like anyone who feels as though they just don't fit in, Evie dreams of a place of safety. When times are tough, all she wants is a chance to escape from reality and be herself.

Despite his failing health, Evie's father comes close to creating such a virtual idyll. Passing away before it's finished, he leaves her the key in the form of an app, and Evie finds herself transported to a world where the population is influenced by her personality. Everyone shines in her presence, until her devious cousin, Mallory, discovers the app... and the power to cause trouble in paradise.