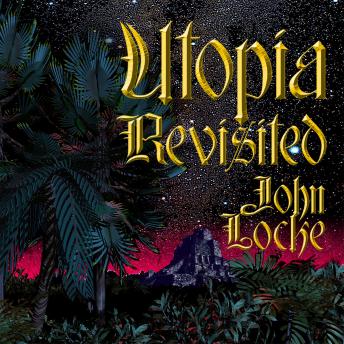 Download or Stream instantly more than 55,000 audiobooks.
Listen to "Utopia Revisited" on your iOS and Android device.

The setting is the Tower of London, and Thomas More awaits his execution. Looking for distraction from his predicament, More rereads Utopia, and becomes obsessed with the Utopian system of government of which he was so skeptical two decades earlier. His friends, Giles and Hythloday visit More a few days before his appointment with the executioner, and confess that they too, have recently been musing about life in the island nation. More compels his friends to return to Utopia in order to gather more information. Then, by leveraging their relationships with influential humanist colleagues, Giles and Hythloday will introduce the alternative system of governance to the people of Europe. Thirty days later, as the light of a full moon glistens on the River Thames below the London Bridge, More's daughter collects her father's severed head from the King's guard, and Hythloday's ship Dolfijn glides toward the river's mouth on its way back to the New World island of Utopia.