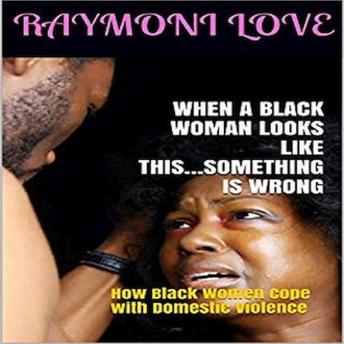 When A Black Woman Looks Like This.....Something Is Wrong: How Black Women Cope with Domestic Violence

Download or Stream instantly more than 55,000 audiobooks.
Listen to "When A Black Woman Looks Like This.....Something Is Wrong: How Black Women Cope with Domestic Violence" on your iOS and Android device.

Marriage, relationships, and interpersonal relationships have changed for black women, and it is apparent that many of them are becoming victims of domestic violence than ever before. Police stations and court dockets are replete with black men and women that have violently disagreed and have to undergo therapy to mend their violent misunderstandings. The main tragedy is that many back women and young girls are dying because of domestic violence. Young black girls that have not tasted the beautiful air of progress and success in life are dying as young black boys release their rage upon them without remorse. Why are there so many women being victims of violence in their communities? Some would say that black women themselves are responsible for the majority of the cases that leave them victims of violence. And if this is true, what has become of the black families that raise these young beautiful black women? In addition, this book expatiates on real issues that carefully look at black women as victims of domestic violence and black women that are perpetrators of domestic violence.